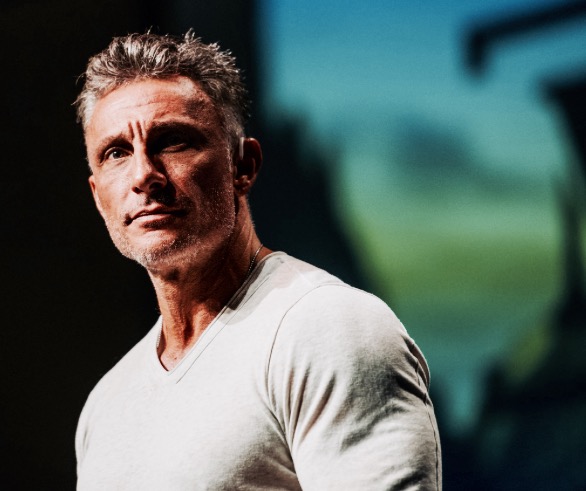 Tullian is a graduate of Columbia International University, where he received a degree in Philosophy, and Reformed Theological Seminary in Orlando, where he earned his Master of Divinity.

A grandson of (Evangelist) Billy and Ruth Graham, Tullian was the Founding Pastor of the former New City Church (in Fort Lauderdale, Florida) which merged with the historic Coral Ridge Presbyterian Church in 2009. He served there as Senior Pastor until June 2015.

Tullian has written eight books including, It Is Finished: 365 Days of Good News (2015), One Way Love: Inexhaustible Grace for an Exhausted World (2013), Glorious Ruin: How Suffering Sets You Free (2012), and Jesus + Nothing = Everything (2011) which won Christianity Today’s Book of the Year in 2011. Both “Glorious Ruin” and “Jesus + Nothing = Everything” were ECPA finalists for Book of the Year. He has also served as a Contributing Editor to various magazines and journals. Tullian has traveled extensively around the USA to speak at conferences, churches, universities, and seminaries.

Tchividjian has appeared on Fox & Friends, Sean Hannity, 60 Minutes, CBS News, The Ingraham Angle, Morning Joe, the 700 Club, and many other TV and radio outlets.

After a season of self-destruction leading up to, and following, his resignation from Coral Ridge in June 2015, Tullian is now married to Stacie, and together they have five children and one grandchild. They live in Fort Myers, Florida, and are members of Living Faith Church.