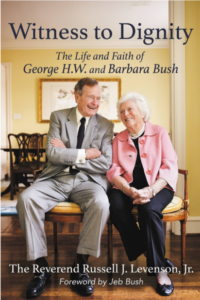 The Life and Faith of George H.W. and Barbara Bush w/ Rev. Dr. Russell Levenson Jr.
Russ Levenson is, as the title of his book suggests, a Witness to Dignity, having walked alongside George H.W. and Barbara Bush as their pastor for many years. From his front row seat to their lives, Russ’ inspiring story of the faith and commitment that helped the Bushes navigate the very real stuff of life is sure to provide hope and traction to all.

Former Secretary of State James A. Bake III states that Russ Levenson’s story “eloquently captures their essence and dignity…and shared goal to ‘make kinder the face of the nation and gentler the face of the world.’” 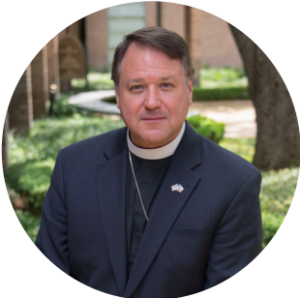 Rev. Dr. Russ Levenson is the Rector of St. Martin’s Episcopal Church in Houston and the author of Witness to Dignity: The Life and Faith of George H.W. and Barbara Bush