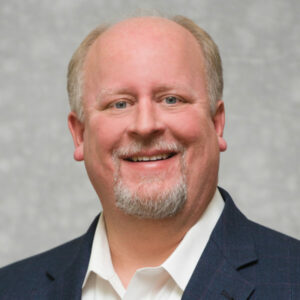 David came to faith at the first event ever held in Texas Stadium when he was 10 years old. His parents wanted to hear Johnny Cash who was the opening act for a guy named Billy Graham who was having a crusade there that night.

David and Chris have been married for 31 years!  They grew up in the same neighborhood in Wichita Falls, Texas and have known each other since they were kids.  Speaking of kids, they have 9 of them, which includes 2 daughters-in-law! Plus one grandchild!

David serves as President Emeritus of the National Christian Foundation and joined NCF in 1998 as its first President. NCF is celebrating its 40th year in 2022 and has become the world’s largest Christian grant-making foundation, serving over 30,000 families. In the first 6 months of 2022, NCF made over 150,000 grants of over $1 billion to thousands of churches, ministries and charitable organizations.

He has business and law degrees from Baylor University, a masters degree from Dallas Theological Seminary and to top it off a Diploma in Strategy and Innovation from the Said Business School at Oxford University. His education mirrors his passions: business, law and theology.  David has co-authored two books, Investing in God’s Business and Family.Money.