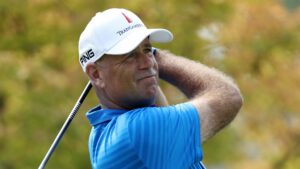 PGA Tour Pro Stewart Cink is the winner of 8 PGA Tour Events including the 2009 Open Championship. Stewart was also the winner of the 2017 Payne Stewart Award given annually to a player whose values reflect character, charity and sportsmanship. He will speak about golf, life and the faith needed for both.