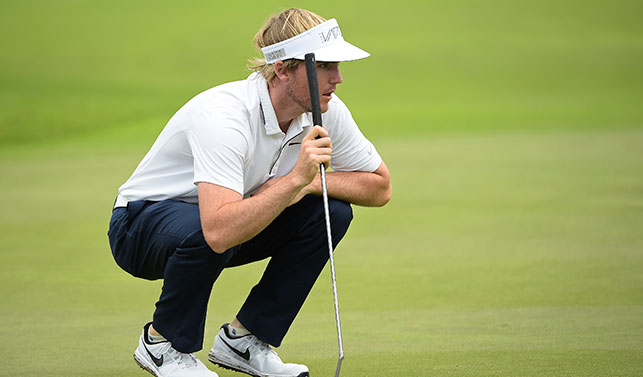 Russell Henley was born and raised in Macon, GA. His parents Sally and Chapin Henley still live in the Macon area. His brother Adam Henley also lives in Macon, Georgia with his two sons Carter and Avery. This strong family unit has allowed Russell to pursue his dream of becoming a PGA TOUR golfer. Henley currently resides in Kiawah Island, South Carolina.

Henley is a graduate of the University of Georgia, and won the 2010 Haskins Award as the most outstanding collegiate golfer. He immediately took that success and played in the 2010 US Open at Pebble Beach where he tied for low amateur. He had great success on the Web.com Tour, winning three times. He has continued that success on the PGA Tour earning two victories in his first two years on the PGA Tour. Russell is looking forward to getting involved in various charitable activities on the PGA TOUR.

When he’s not golfing, Russell enjoys cheering on the Georgia Bulldogs and Atlanta Braves. While he’s not on the road, Russell loves taking his boat out and playing guitar in his free time.