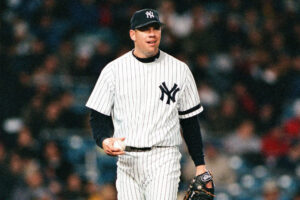 Jason Grimsley is a former Major League Baseball relief pitcher who played for seven teams over his 22 year pro career. He was a member of both the 1999 and 2000 World Series champion New York Yankees. Jason grew up in Tarkington, Texas and now makes his home in the Woodlands area. He has a great story of navigating the ups and downs of baseball, life and faith.