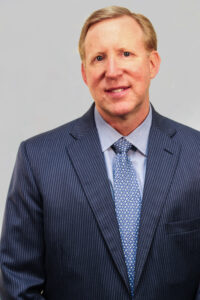 Jeff founded Redman Energy Corporation in 1992 and led its development until its sale in 2002. He subsequently founded Redman Energy Holdings I, L.P., and Redman Energy Holdings II, L.P, which were sold to Eagle Rock Energy in 2007. Jeff led turnarounds at Prize Petroleum and Patara Oil and Gas, from 2010-2014.  In 2013 Redman established F250, LLC with GSO Blackstone which had multiple dispositions to Stout Energy, Ryca Energy and Enerquest Oil and Gas in 2019. As an investor/owner in Scandrill Inc., Jeff was asked by the majority shareholders in 2020 to assume the role of Board Chair and CEO in order to reposition the distressed company.  In 13 months, he successfully pivoted the company with a plan for future growth or acquisition.

Jeff is a Distinguished Graduate of Texas A&M’s Petroleum Engineering School and currently serves as a member of the Industry Advisory Board at Texas A&M’s Petroleum Engineering School,  Mays Innovation Research Center, and as an advisory board member of the First Liberty Institute.  He is a former Chairman of the Board of Houston Christian High School, BridgePoint Bible Church in Houston, and Baseball USA, and served as Board member of Spring Branch Memorial Sports Association. He is also a member of TIPRO, IPAA, and Houston Producers’ Forum.